Antarctica is said to be the coldest, driest and windiest place on earth, though it is indeed a virtually pristine awe-inspiring paradise for wildlife with incomparable scenery of mountains, snow and ice.

The majestic continent that has lured explorers and scientists for decades is at hand from Ushuaia, the gateway to the White Continent. These voyages are accompanied by a dedicated and experienced staff of expedition leaders, naturalists and lecturers who will share with you their enthusiasm and knowledge of the region. All these voyages are carefully planned and conducted so as to minimize any impact or disturbance to the fragile environment and its fauna. The Classic Antarctic adventure cruises onboard the USHUAIA offer the ultimate introduction to the White Continent. Embarking and disembarking in the port of Ushuaia, they include many of the wildlife and scenic highlights of the Antarctic Peninsula and the South Shetland Islands. You will often make two landings a day via our fleet of zodiac craft.

Our 5 Reasons to Visit AntarcticaĀ

Everybody has their own reasons to visit Antarctica, but the ones listed below are the unmissable ones. Remember that Antarctica is only reachable from late October to March.Ā

Our earlier expeditions offer the best opportunities to see penguins in action. It's mating season for some breeds, so the energy is huge. You may see penguins mating, nesting, or shamelessly stealing pebbles away from one another's nests.
Chinstrap penguins, for example, lay eggs late in November and typically have two chicks each summer. Chinstraps will stay in their colonies until early March when they move north of the pack ice for the winter. They feed close to the colony just offshore, foraging the sea for krill and fish to feed their young. Early in the season is the best time to see massive colonies of chinstraps, the second most abundant penguin species on the Antarctic Peninsula and South Atlantic islands.

Over the summer season, the beating sun and lapping sea take their toll on the icebergs lining the Antarctic coast. As they melt, they become pitted and cracked, changing color from blue to white as the air temperature changes the volume of air trapped inside the ice.
In November and December, icebergs are at their peak mass āfresh from the winter season, they're sharp and massive.
This is a clear testimony of a former visitor that may help you understand what to expect in Antarctica "I have never seen such clear blue water. It was as smooth as glass and had that vivid blue that can only be seen in pristine environments surrounded by iceā¦ It is rare to witness such powerful beauty. The expedition staff expertly approaches icebergs with the knowledge of just how dangerous they may be. Careful not to get too close, yet experienced enough to proceed with caution. We had a front-row seat to view ice bridges, giant cones and long tubes of ice that are thousands of years old."

3) See the Largest Carnivores on the Planet in South Georgia

Southern elephant seals āalso known as Beach masters ā are the largest Antarctic seal and the biggest carnivores alive, with adult males surpassing even the polar bear in size.
In summer, these giants come ashore to molt. Adult males will lay on the beach for weeks and can go up to three months on land without returning to the sea to hunt! Visiting South Georgia with the astonishing Crossing the Circle via Falklands & South Georgia passengers is the perfect time to catch a glimpse of these giants, or hear their incredibly loud roars.

Early in the summer season, the Antarctic snow and ice is unbelievably white, fresh and crisp.
The most common reaction as we cross the sea from South Georgia to the South Shetland Islands and Antarctic Peninsula is reverence and awe. This leg of the journey on the Falklands, South Georgia and Antarctica expedition often leaves passengers speechless for a time, as they try to take in the vast expanse of surreal sparkling coastline and sheer blue glacier shelves, not yet marked with mud or the impurities exposed as the ice and snowmelt.
Don't be surprised if the only things you hear on deck at that moment are the camera shutters.

Early summer in the Antarctic is the most adventurous and awe-inspiring time to visit, yet you can find great deals in the shoulder season, before peak travel really sets in.
Antarctic exploration is no longer reserved for the uber-wealthy and elite ā there are great deals to be had, even in the time when the Antarctic wildlife and scenery is at its peak.

Deluxe liners and expedition polar icebreakers offer different voyages to this amazing kingdom of wildlife close to the end of the world. Antarctica is said to be the coldest, driest and windiest place on earth, though it is indeed a virtually pristine awe-inspiring paradise for wildlife with incomparable scenery of mountains, snow and ice. 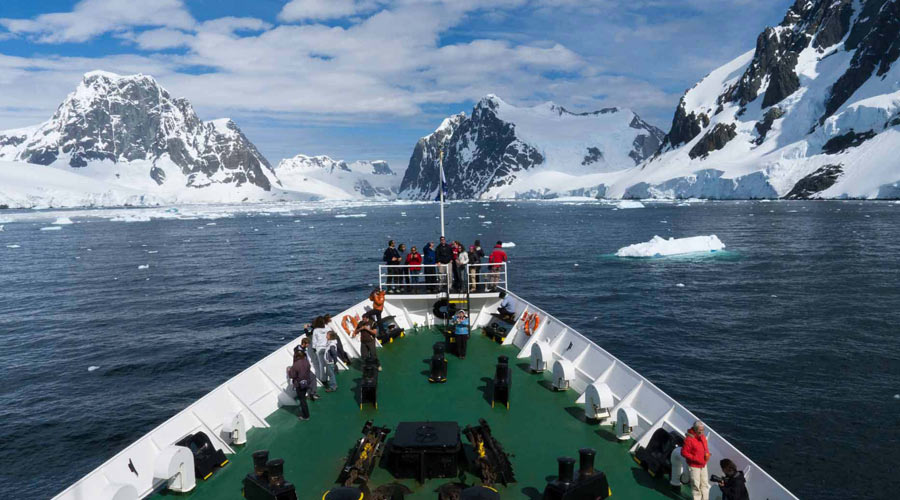 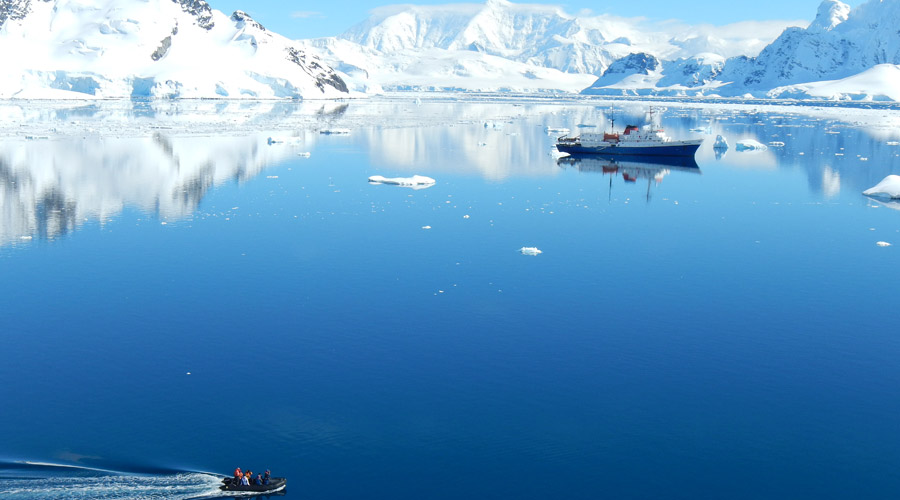 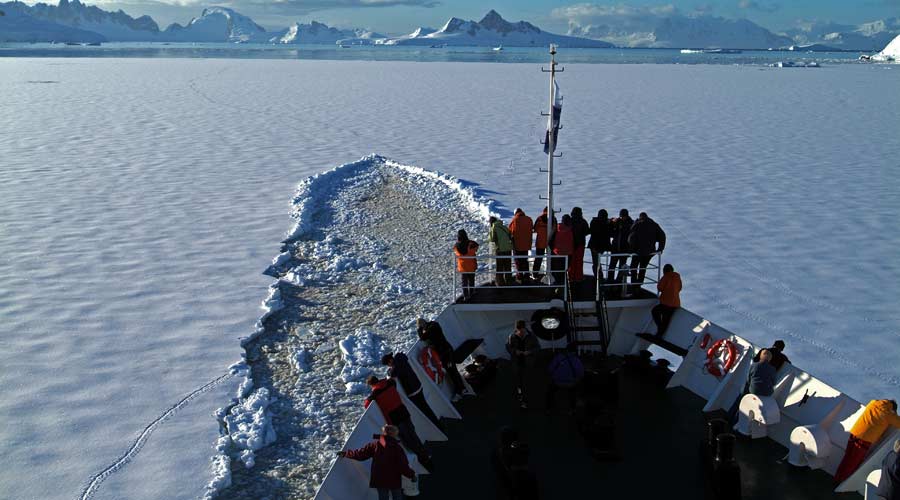 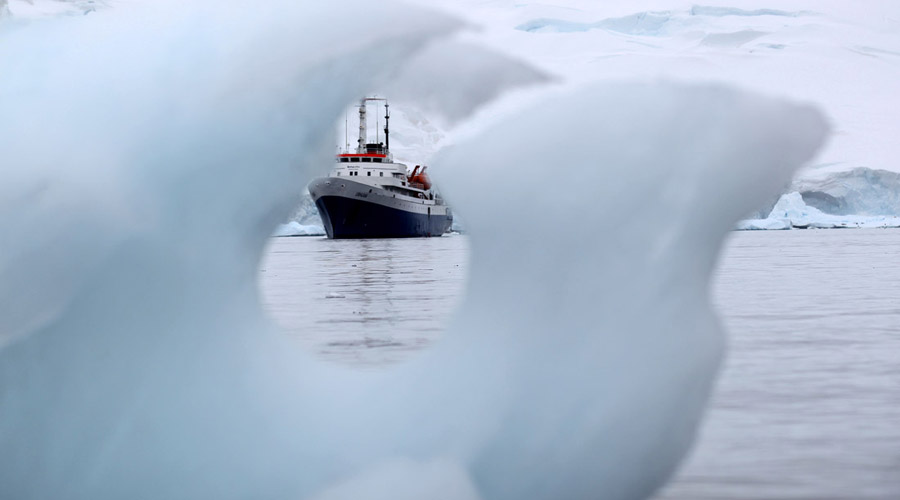 Experience deep Argentina on an extraordinary journey through The Pampas from Buenos Aires to Iguazu Falls. An incredible guided road trip crossing huge rivers, the incredible IberĆ” Marshes and the deep jungle.

Iguazu Falls & The Jungle off the beaten

Marvel at the Iguazu Falls, one of the 7 natural wonders of the world, and experience the jungle at SurucuĆ” Lodge. An incredible experience in one of the largest remaining virgin rainforests, as well as one of the most biodiverse in the world.

Paraguay and The Pantanal off the beaten

A great experience of a lifetime. This expedition is a unique opportunity to capture incredible moments of nature in all its splendor. This guided road trip allows you to enjoy a unique experience in the paradise of the Pantanal.

Experience The Andean World off the beat

Enjoy an unconventional guided road trip in the heart of the Andean world, through amazing landscapes rich in contrasts and an ancient culture. Along the way, towns and villages rich in archaeological remains, adobe houses and chapels that show much