A country to be discovered with the same passion as that of the early explorers that arrived to these lands of sun and forests.

Rolling hills of the Sierras, natural reserves of dense subtropical forests, extensive palm tree savannas, and an infinite number of rivers, streams, and lagoons make up the varied Paraguayan landscape, the original territory of the extensive GuaranĆ­ World.

Green and dense forests, sheer and aggressive hills, lagoons, cascades, rivers, creeks, parks, and natural reserves with rich flora and varied fauna, both with exotic species. In this backdrop, the local population and immigrants of German descent and twenty native ethnic groups, create a cross-cultural environment of great interest for tourists and academics that visit the country.

The city was founded by Juan de Salazar y Espinoza in 1537, and has been called āmother of citiesā because during the colonial age AsunciĆ³n became an important place to rest and a supplying center for those who arrived from Europe and the River Plate, searching for the gold and the silver of the Alto PerĆŗ. Today the city has a lovely appearance because of the combination of antique and modern buildings.

Imagine an ecosystem with a surface almost as large as Poland, a huge inner delta almost uninhabited, except for an impressive wildlife. Supported by a depression of the Earth's crust formed by the same process that gave rise to the Andes range; several rivers flow to it and together compose a huge internal delta.
This is the Pantanal, one of the most immense and pristine ecosystems on the planet.Ā  A natural wonder, home to a great diversity of flora and fauna. A real primitive shrine.
During the humid season, between December and May, the water level rises 3 m and the Pantanal is inundates, giving rise to a system in which the aquatic flora predominates, that reaches here an expression without equal in any other place of the world.
Since May, at the end of the wet season, the level of water will reduced and wildlife concentrates around the lakes, rivers or canals, and there is nowhere else on earth where you will see such vast numbers of birds or caimans.
The Pantanal, with its wetlands, palm groves, forests and savannahs is the one of the best places in South America for spotting wild animals and birds. Fascinating species such as capybaras, jaguars, giant river otters, anacondas, caimans, iguanas, howler monkeys and the largest number of blue parrots in the entire planet will flock to produce one of the most beautiful live shows on Earth.
This place is unique to capture awesome moments of nature in its entire splendor: crocodiles trying to blend in with their environment, toucans posing in the branches of trees, capybaras nursing their young or anteaters enjoying the sun. The Pantanal is an experience for a lifetime. 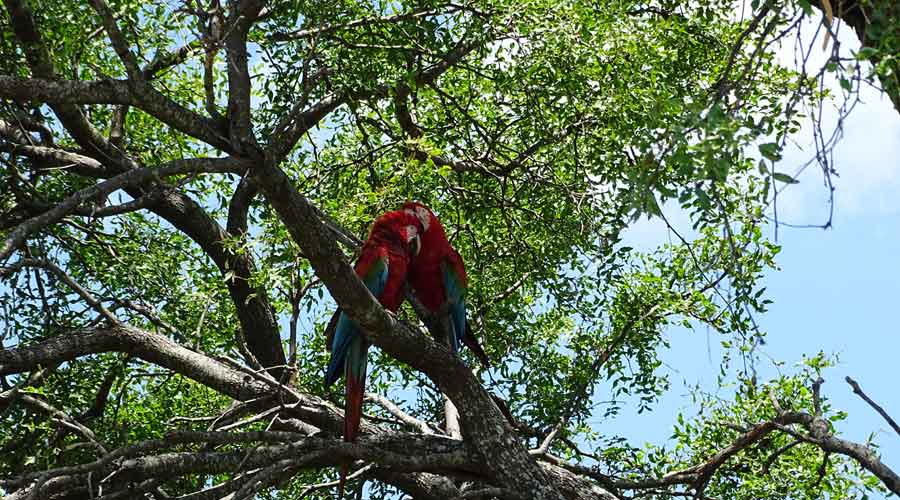 Paraguay and The Pantanal off the beaten track

Experience deep Argentina on an extraordinary journey through The Pampas from Buenos Aires to Iguazu Falls. An incredible guided road trip crossing huge rivers, the incredible IberĆ” Marshes and the deep jungle.

Iguazu Falls & The Jungle off the beaten

Marvel at the Iguazu Falls, one of the 7 natural wonders of the world, and experience the jungle at SurucuĆ” Lodge. An incredible experience in one of the largest remaining virgin rainforests, as well as one of the most biodiverse in the world.

Paraguay and The Pantanal off the beaten

A great experience of a lifetime. This expedition is a unique opportunity to capture incredible moments of nature in all its splendor. This guided road trip allows you to enjoy a unique experience in the paradise of the Pantanal.

Experience The Andean World off the beat

Enjoy an unconventional guided road trip in the heart of the Andean world, through amazing landscapes rich in contrasts and an ancient culture. Along the way, towns and villages rich in archaeological remains, adobe houses and chapels that show much